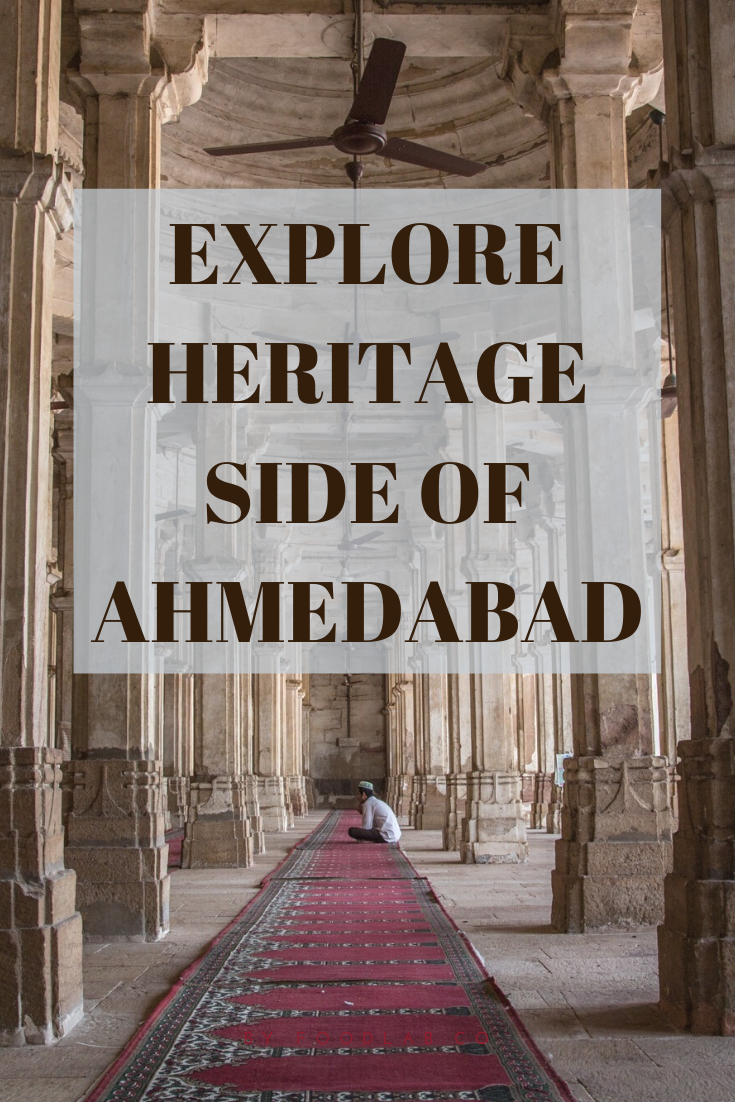 Old Ahmedabad was referred to the walled city of Gujarat in India. The city was founded by Ahmed Shah one of the Mughal kings 1411. The city name was derived from the king. The Eastside of Sabarmati river is considered as the old city of Ahmedabad, the Westside is the newly developed area of Ahmedabad. You can explore all the heritage style constructions on the east side. The Hindu, Islam, and Jain religions have played a major role in the rich heritage culture of the city. You can see the detailed carving on the structure of temples as well as mosques. One of the best ways to explore this rich heritage of the city is to take a Heritage walk of Ahmedabad.

Ahmedabad Municipal Corporation (AMC) has launched The Heritage Walk of Ahmedabad in association with the CRUTA Foundation. The tour begins at sharp 8 am with a slide show at the picturesque Swaminarayan Mandir in Kalupur and runs until Jumma Masjid at the center of the city at 10:30 am.

Places to be covered in a tour

Admission Fees:- It costs Rs 50 For Indians as well as SAARC Nationals, Rs 100 for Foreigners.

Explore Other heritage sites in and around Ahmedabad

Ahmedabad offers a lot of heritage sites and you have to explore by yourself. There is plenty of transportation facility or you can rent a car. So first work out your itinerary, then start planning your trip. There will be two benefits to it. You will save time and money both.

This Ashram also is known as Sabarmati Ashram. Mahatma Gandhi lived here for twelve years, so this ashram was one of the residences for him. During the visit, you will come across Mahatma Gandhi’s life Chronology and his achievements. They have kept “Charkha” in the Ashram as well. You can explore the library, bookstore, and gallery to read more about Mahatma Gandhi’s life.

5 thoughts on “Explore heritage side of Ahmedabad”