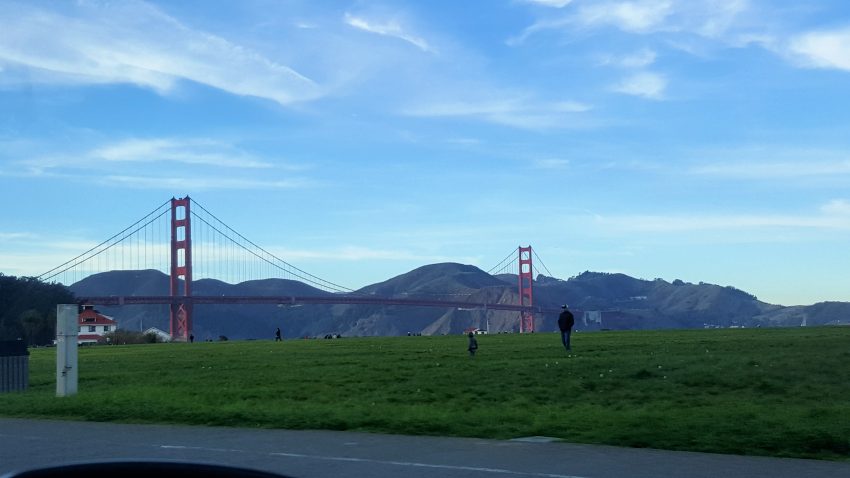 San Francisco has a lot to offer, from the beautiful Golden Gate Bridge to colorful painted ladies and the famous prison on Alcatraz Island. Don’t miss riding old cable cars on Lombard Street, one of the most crooked streets in the world. I have already shared a one-day trip itinerary for San Francisco, but this city has a lot to offer; here is a list of 25 things to do in San Francisco.

25 Things to do in San Francisco

Alcatraz Island, also known as the Island of Freedom, reveals stories of incarceration and justice. Initially, it was built for the US military fort and lighthouse in the 19th century; also used as a prison for US Military. In 1934, it turned into a federal prison with the highest level of security. In 1969 Native American activists occupied Alcatraz for 19 months. You can read the story of red power on Alcatraz here 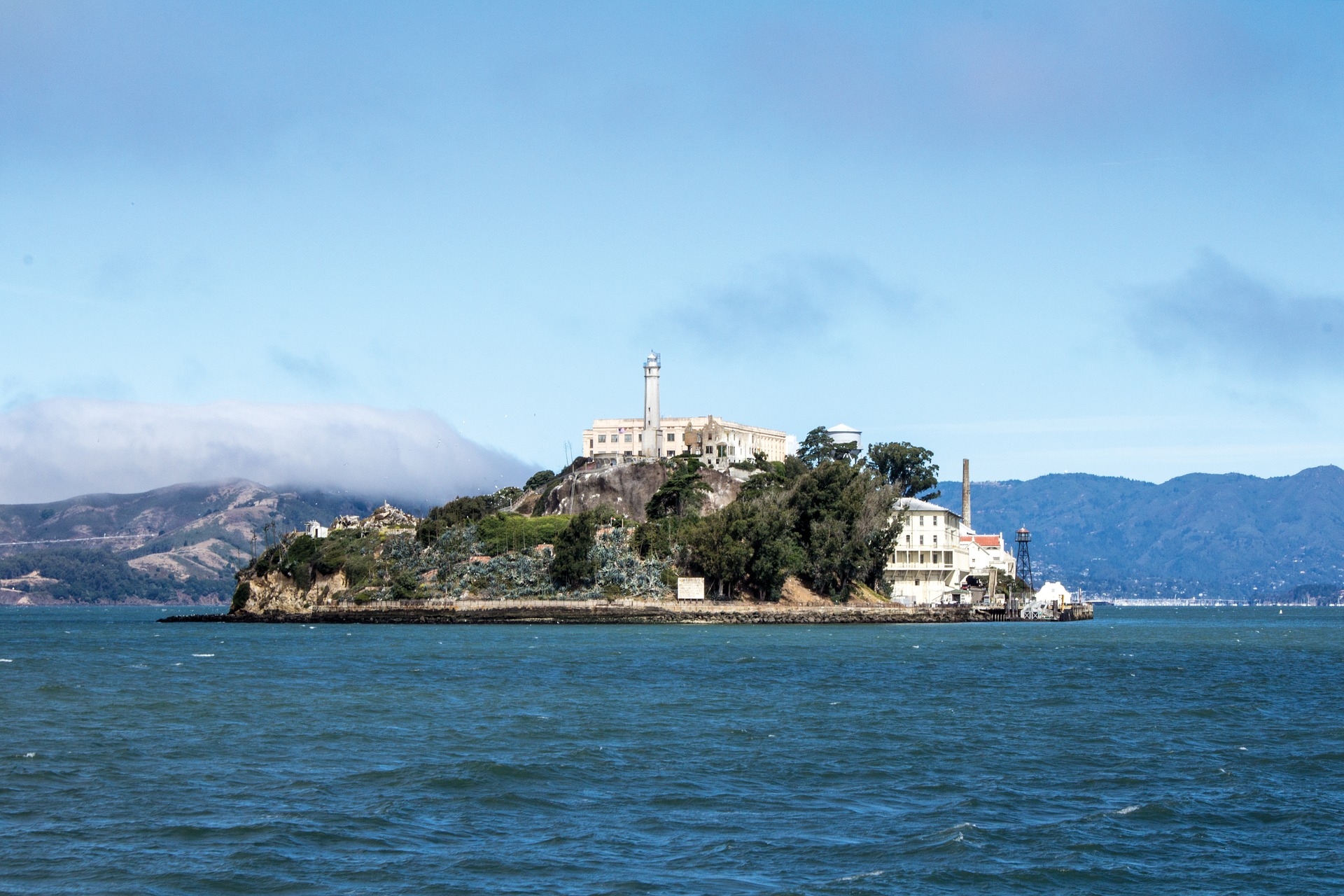 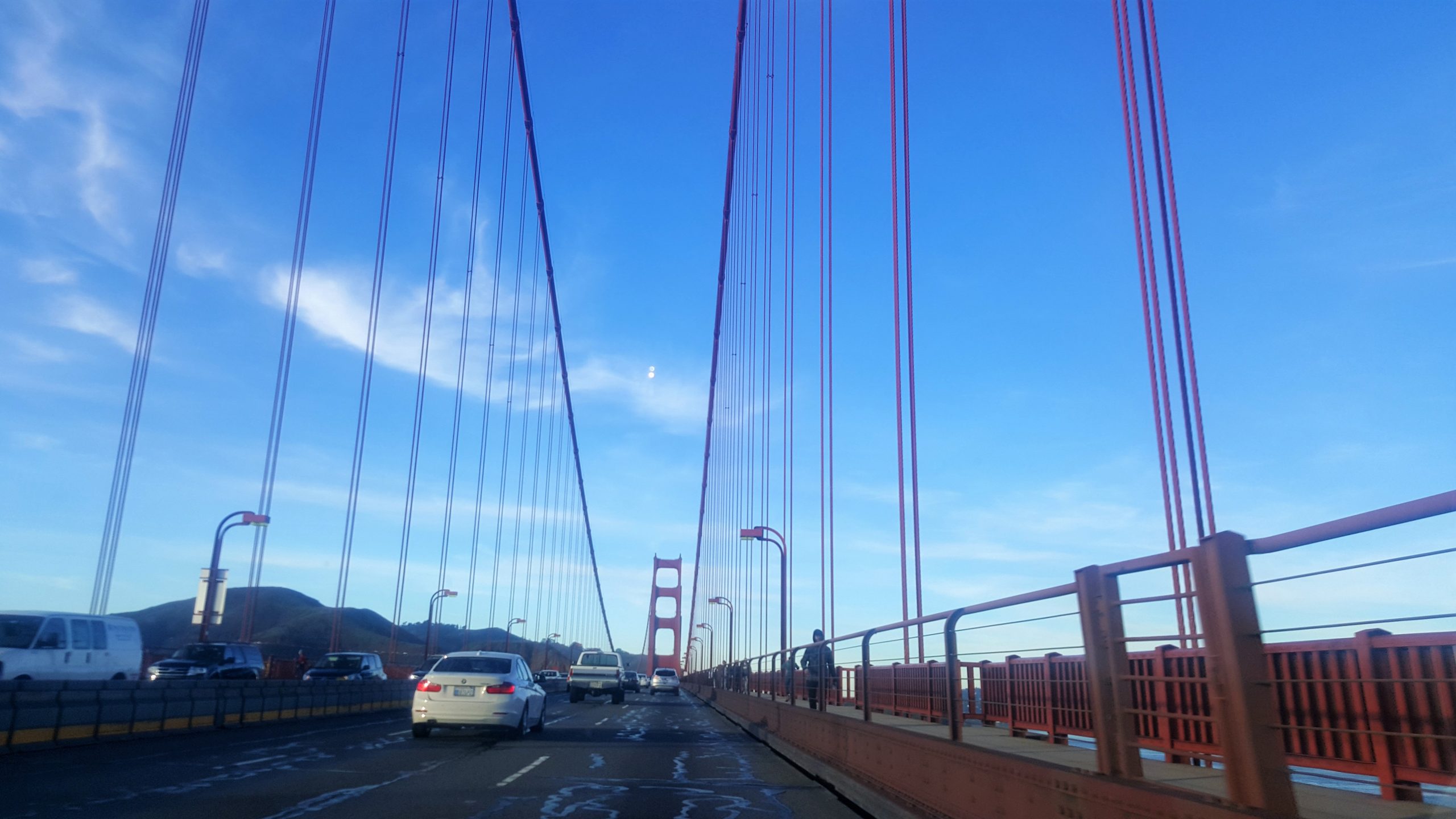 The historic cable cars are another thing you could see and ride in San Francisco. Since 1873, these cars have been driving around the streets of San Francisco.

In the late 1800s, many rich people in San Francisco built homes or lived on top of the hills. It was hard for the horses and carriages to go up and down these hills without getting stuck. So, the city of San Francisco began building cable car lines. 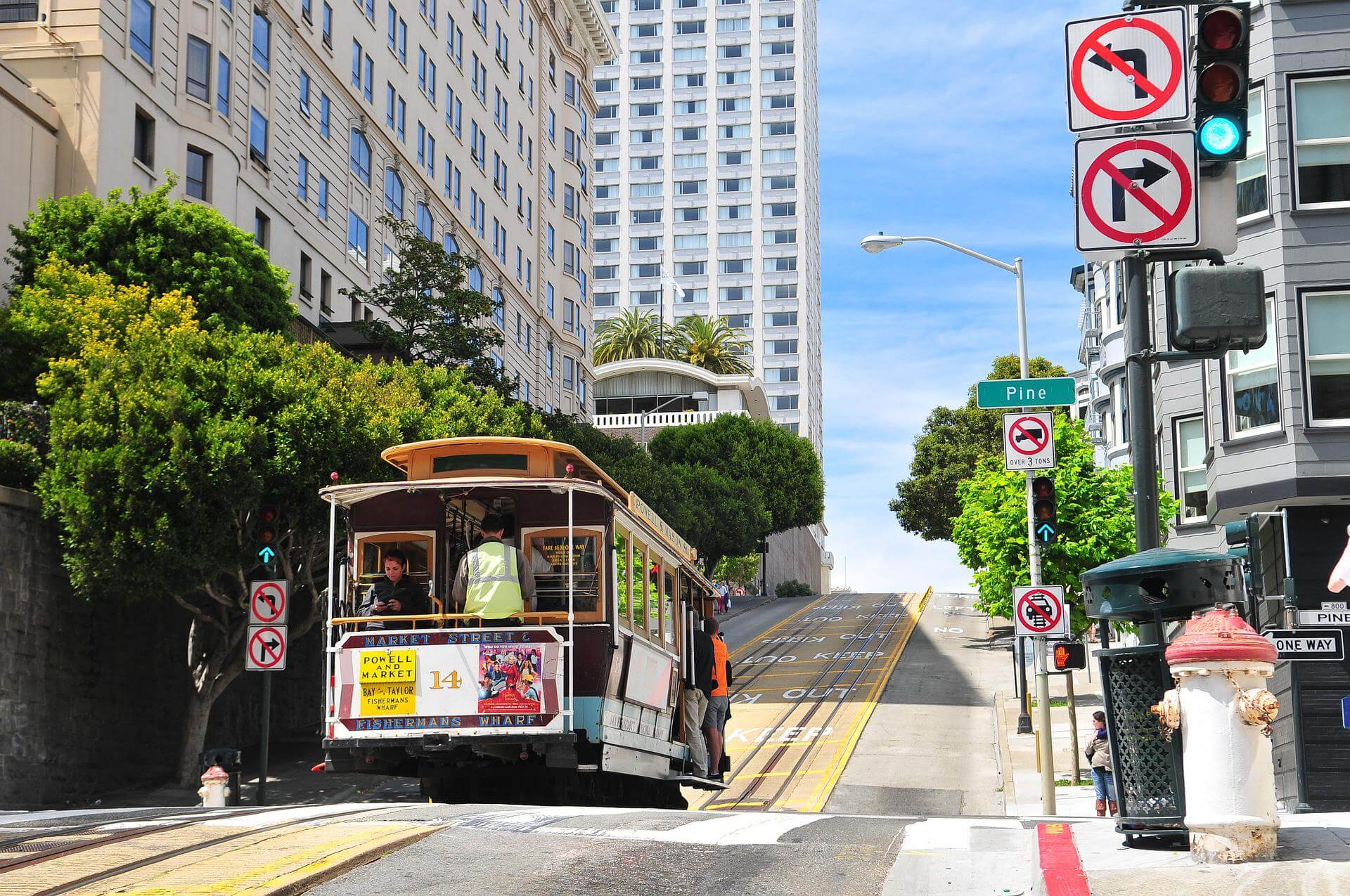 Go to the top of Twin Peaks to see some of the best views of downtown San Francisco and the surrounding area. This free outdoor attraction in San Francisco is made of two hills that rise 922 feet above sea level.
Since the two hills are in the middle of San Francisco, you can see from SF Bay to the Pacific Ocean. Also, you can get a glimpse of the Golden Gate Bridge and Alcatraz Island. 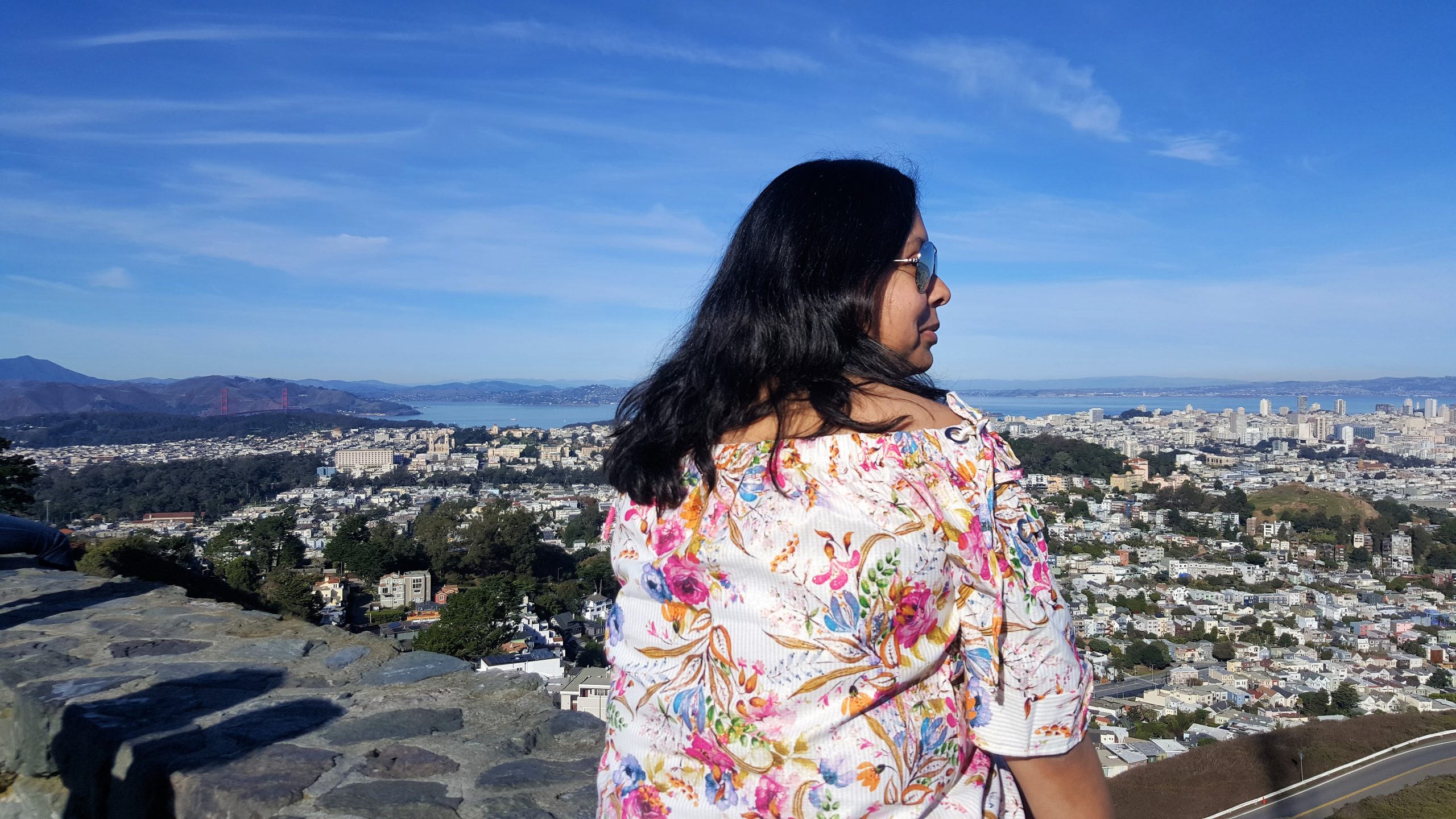 Modern art fans should go to the SF Museum of Modern Arts, which just got a makeover. This top-rated museum has more than 30,000 works of art, including paintings, sculptures, photographs, and more.

Pablo Picasso, Henri Matisse, and Diego Rivera are just a few of the well-known artists whose work you can see in the museum. There are also pieces by Alexander Calder, Clyfford Still, and John Baldessari.

One of the best things to do in San Francisco is in the South of Market (SOMA) district. If you have a shortage of time and can’t see the whole museum, stop by the lobby, where you can see a few great pieces for free.

Another great place for art lovers is The Palace of Fine Arts. It is a free thing to do in the Marina District of San Francisco. First built for the 1916 Panama Pacific Exposition, an event to celebrate the completion of the Panama Canal. But this event put San Francisco back on the map after the 1906 Earthquake and Fire destroyed the city. It is the only building from the event that is still standing. 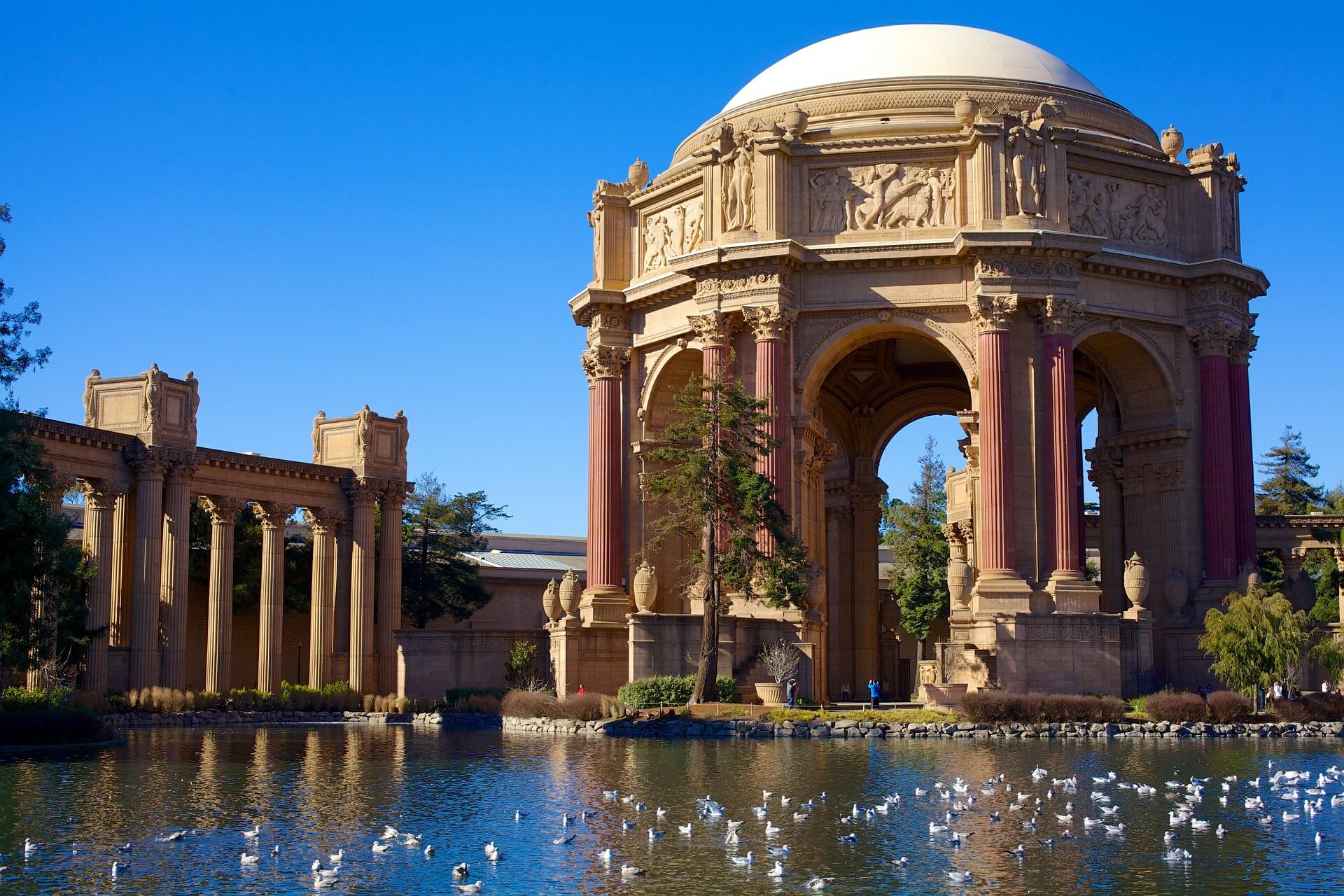 This street has eight hairpin turns between Hyde and Leavenworth Streets, all in the same block. You can walk along its sidewalks and look at the beautiful flowers.
The best place to see this free attraction is at its base, where Leavenworth and Lombard’s Streets meet. This street gets crowded, and you might wait more than an hour to drive by, so better get there early in the morning.

Fisherman’s Wharf is, as you might guess, the most popular part of San Francisco. Pier 39 serves as the cruise port for bay cruises. This waterfront district is home to the beautiful Ghirardelli Square, Wax Museum, the Maritime Museum, and ferries to Alcatraz Island.
There are fantastic things to do on Pier 39, like the 7D Experience, a mirror maze, and free shows for kids. There are also many great shops, restaurants, and sea lions here. 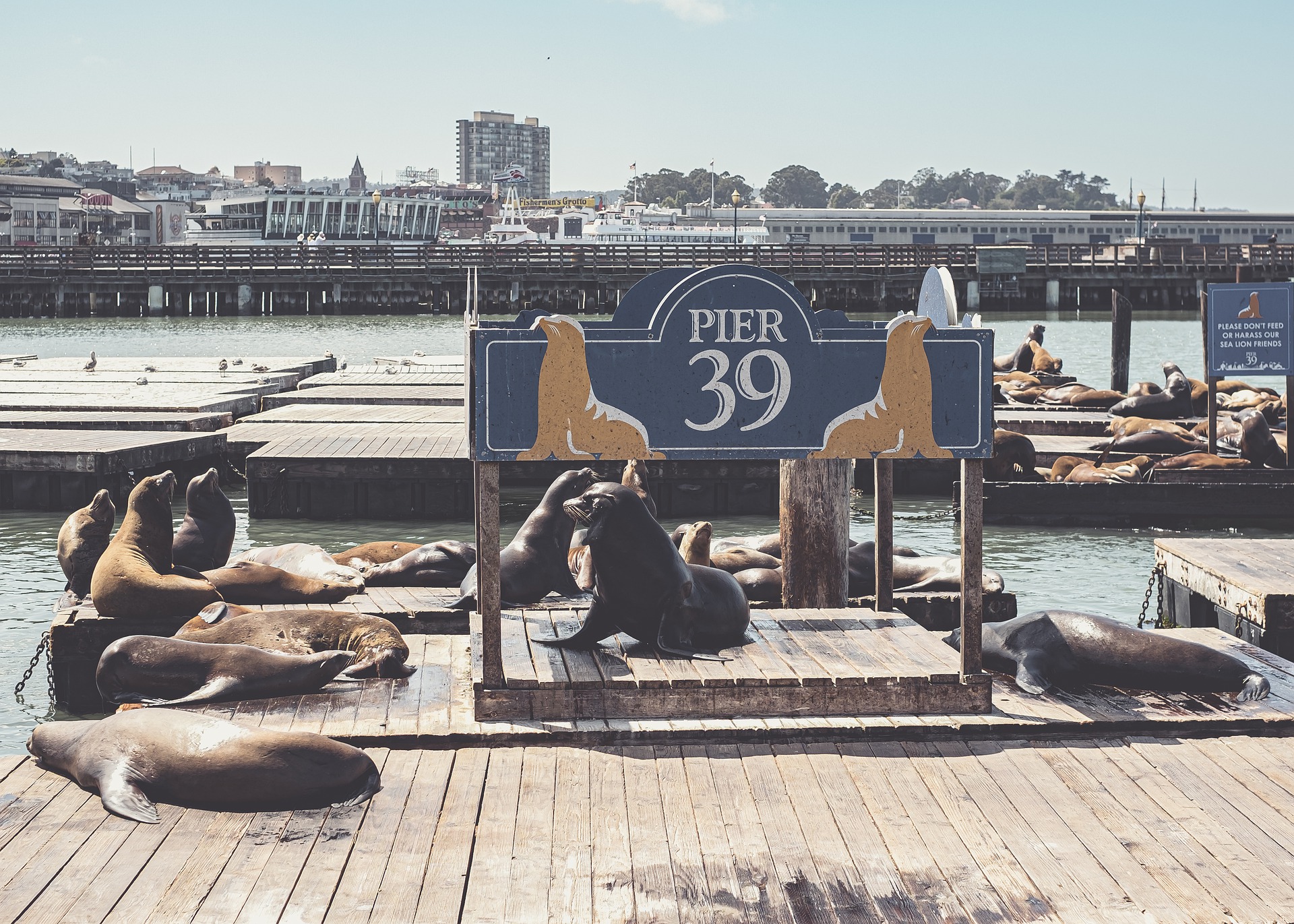 Go to the California Academy of Sciences to find one of the best San Francisco attractions for kids and families. It has a planetarium, a history museum, a 4-story rain forest (my favorite), and an aquarium.
You can see the white alligator, which is very rare. Also, don’t miss out on watching penguins playing with their buddies.

Inside Golden Gate Park, there are almost a dozen places to see and things to do. The most popular are the California Academy of Sciences, Conservatory of Flowers, and the Botanical Gardens, which comprise over 1,000 acres. It is also home to The Japanese Tea Garden, Stow Lake, and the de Young Museum of Fine Art.

There are several beautiful gardens in Golden Gate Park. One of my favorite places to take an evening walk. There are so many great things to do in San Francisco and beauty all around the park.

More than 1,000 pieces of street art and murals make San Francisco one of the most beautiful places to visit. Beautiful works of art like these can be viewed inside and outside the buildings in the city.

The Mission District in San Francisco has the most murals that can be viewed from the street. Chinatown and North Beach are also getting more and more art. 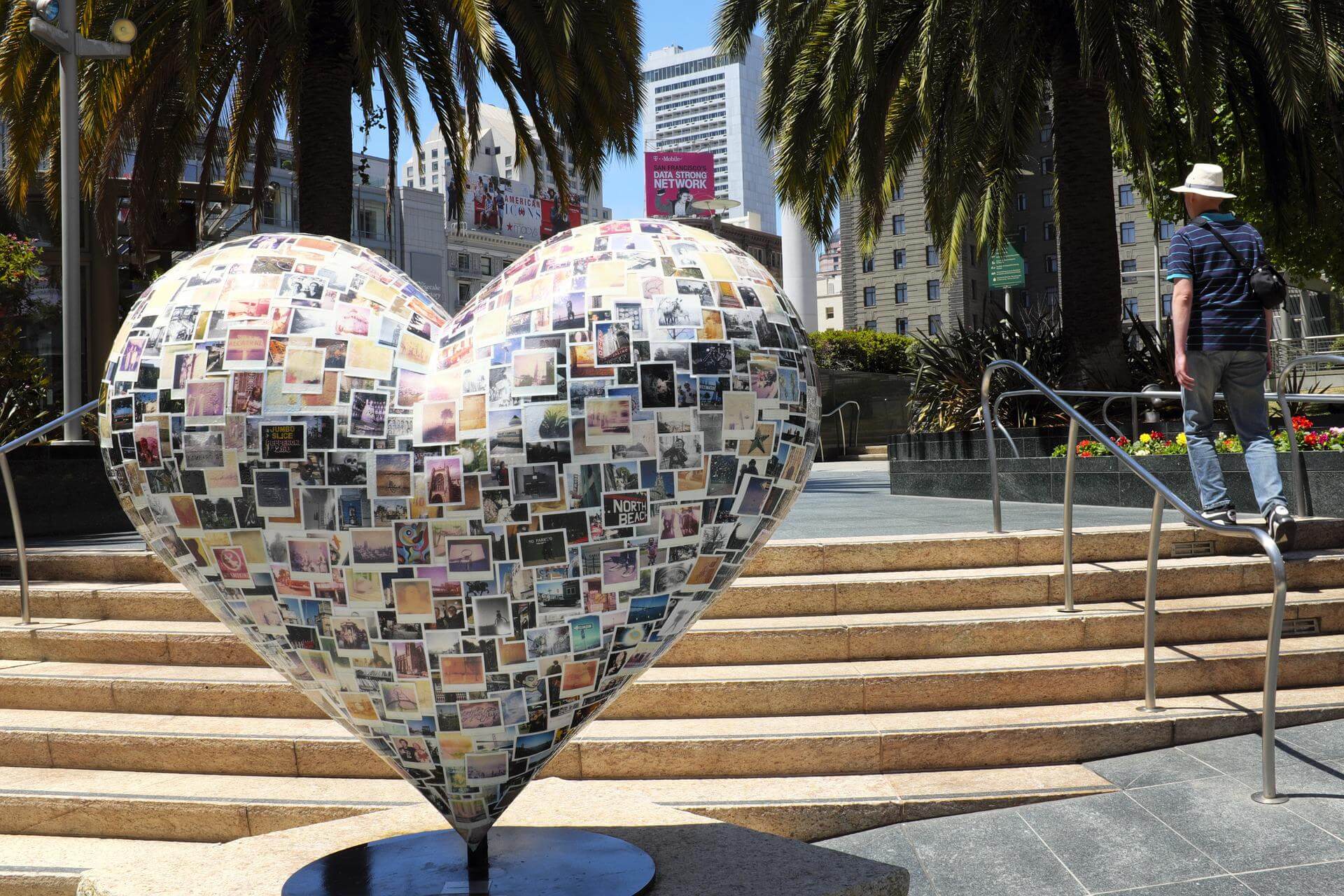 Union Square is also home to some great venues, like Union Square Live, which happens in the summer, and the famous Christmas tree, which lives there during the holidays.

It also has a lot of great restaurants and art galleries. Also, a great place to stay because it’s close to everything and has a lot of different hotels.

The Painted Ladies of Alamo Square, also known as the “Seven Sisters,” are a row of six Victorian homes that look the same. The seventh painted lady is on the north side of the block.

Even though you can’t go inside, you can get a great view of them from Alamo Square across the street. You can also walk up the hill in the park to see the Seven Sisters with downtown San Francisco in the background. 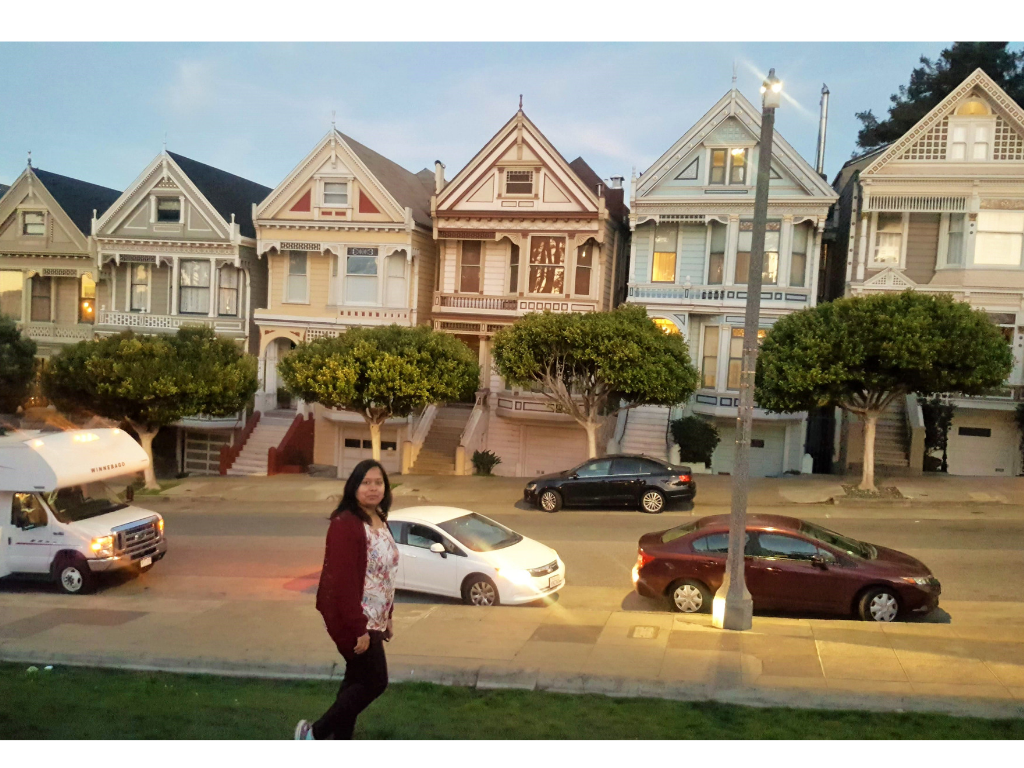 Chinatown in San Francisco is one of the oldest and largest places where Chinese people live outside Asia. The best thing about Chinatown is the cheap shops. Along Grant Avenue, there are a lot of them lined up. 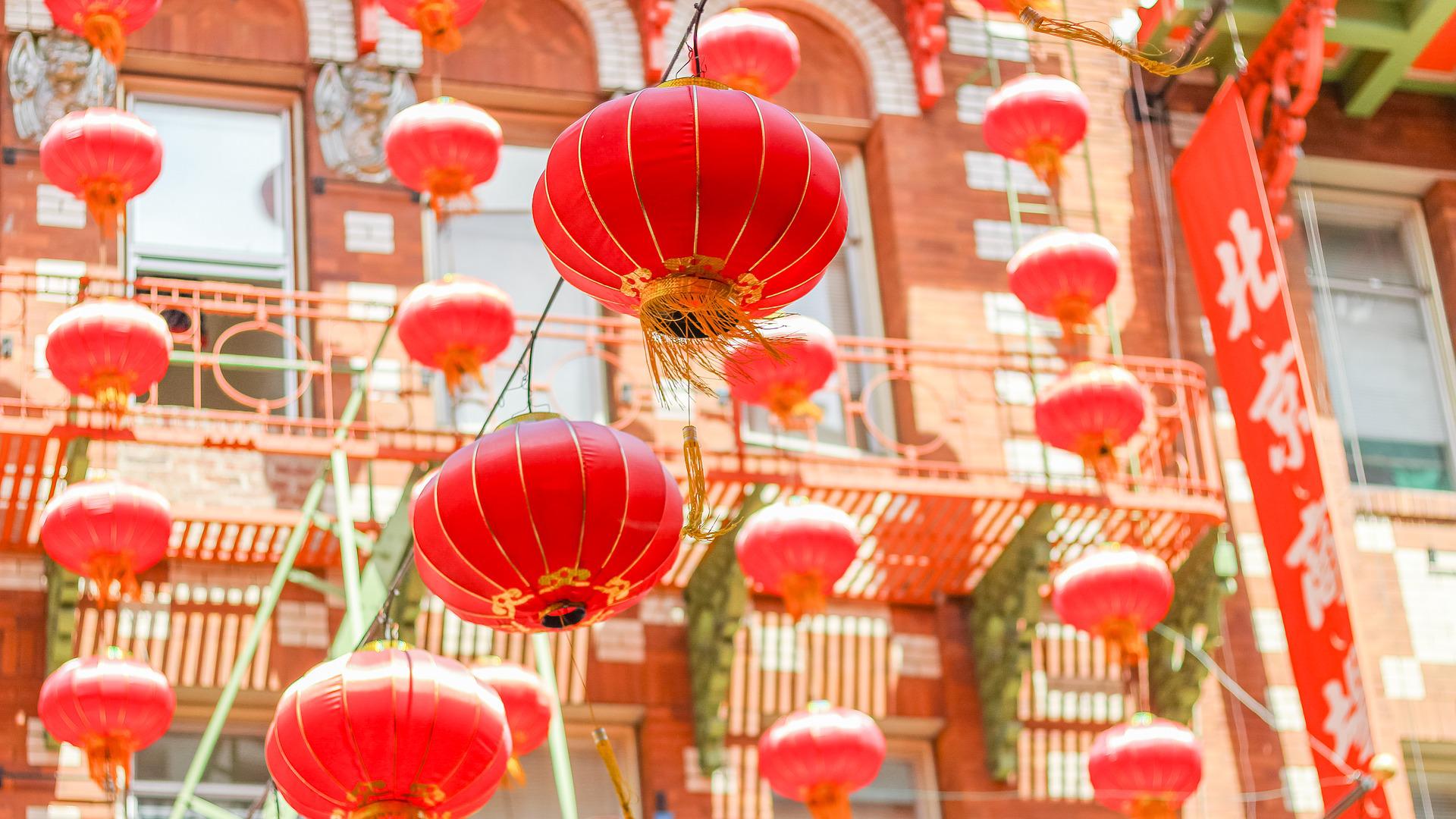 This big museum on Piers 15 and 17 in San Francisco displays everything from our famous fog to human cells. You can also discover more about light, sound, and how people get along.

There are a lot of hands-on exhibits, but there are also a lot of displays that change all the time, so every time you go, you will see something new.

This five-acre attraction in San Francisco opened in 1894 as part of a World’s Fair and was called the California Midwinter International Exposition. Since it first opened, it has grown, and over the years, local people have donated money, buildings, and time to make it the beautiful garden it is today.

The arched drum bridge, pagodas, and Zen garden are some of the best parts of The Japanese Tea Garden. I also enjoy sitting in the tea house, sipping a drink, and taking in my surroundings.

One thing that makes San Francisco special is that there are a lot of stairs all over the city. The city has almost 50 named hills; most have a few flights of stairs to the top.

Our mosaic stairs are some of our most-loved pieces. Some of these are the Tiled Stairs on 16th Avenue, the Hidden Garden Steps, and the Lincoln Park Staircase.

Oracle Park is home to San Francisco Giants baseball team. It’s a great place to watch a Major League Baseball game.
The stadium is right on SF Bay and has beautiful views of the area. Since there is a breeze from the water, it stays cool and relaxing to spend an afternoon or evening in San Francisco.
In addition to baseball games, there are a few big concerts and a free live broadcast of an SF Opera performance every summer.

The Castro, our famous LGBTQ neighborhood, is another must-see place in San Francisco. During the 1960s and 1970s, this neighborhood became one of the first LGBTQ neighborhoods in the US. As more families moved to the suburbs, LGBTQ people say it was a great place to live.
Harvey Milk was one of the most well-known people residing in the Castro. He was the first man to open up about his sexuality and win a seat on the San Francisco Board of Supervisors. You may have seen the movie Castro about him.

Angel Island was once a quiet place where people lived and went fishing and hunting. In the mid-1800s, the federal government took the land and kept people out of the bay. It was a military base and then a place where immigrants were retained.
Today, hiking, biking, and other outdoor activities are among the most popular things to do. The old buildings from the army and the immigration service are also open to the public. It’s a great place to discover more about the island’s history.

This San Francisco attraction is known for two reasons: The first is the first-floor murals that show scenes from the past. And second is the view from the top of Coit Tower.

You will never forget it because you can see San Francisco from every angle. Small windows all over the top floor let you see from the Golden Gate Bridge to cities on the other side of the San Francisco Bay. 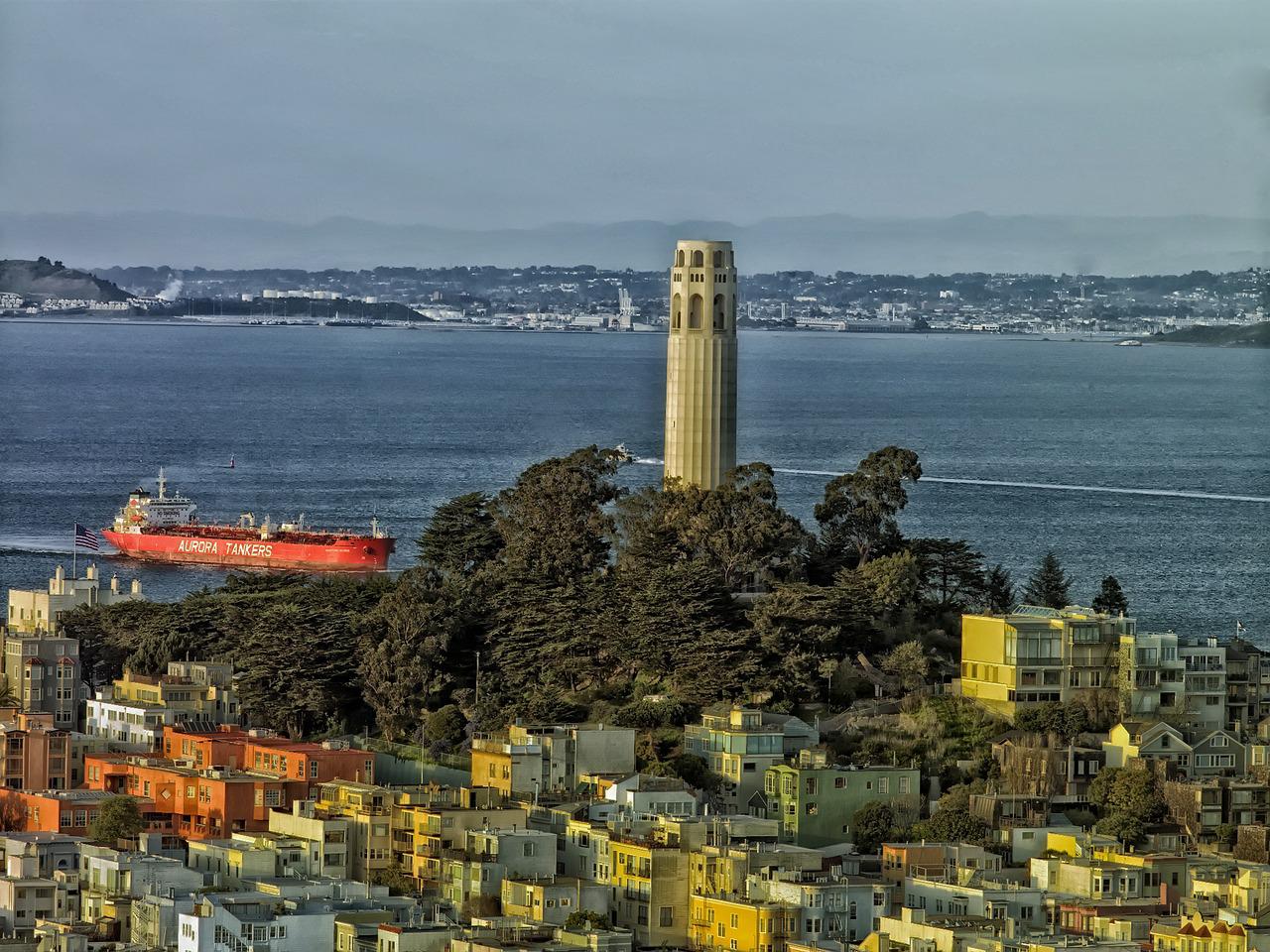 De Young is another art museum showcasing most arts from the Americas, Africa, and Oceania. You can find everything from photography to textiles.
Lincoln Park is where the Legion of Honor is. The set of fine art there is often made up of old and European pieces. Some of the best things in this museum are pieces by Auguste Rodin, Claude Monet, and Pablo Picasso.

The Haight-Ashbury neighborhood is another well-known and colorful area of San Francisco. This area was a big draw for artists and musicians in the 1950s and 1960s. It was often called “The Haight.” It was known worldwide after its famous “Summer of Love” party in 1967.

People and bands like the Grateful Dead, Janis Joplin, and Jefferson Airplane have lived for many years. Charles Manson and Patty Hearst both lived there for a short time (during her imprisonment).
Today, this busy area has a lot of shops, restaurants, and vintage and second-hand clothing stores. Amoeba Records, the biggest independent music store in the world, is also here.

There are lots of fun things to do at this old army base. One of my favorites is Coastal Trail hiking, hanging out at Baker Beach, and going to the Disney Museum. The National Cemetery, a golf course, and Fort Point National Historic Site are some of the other best things to do here. 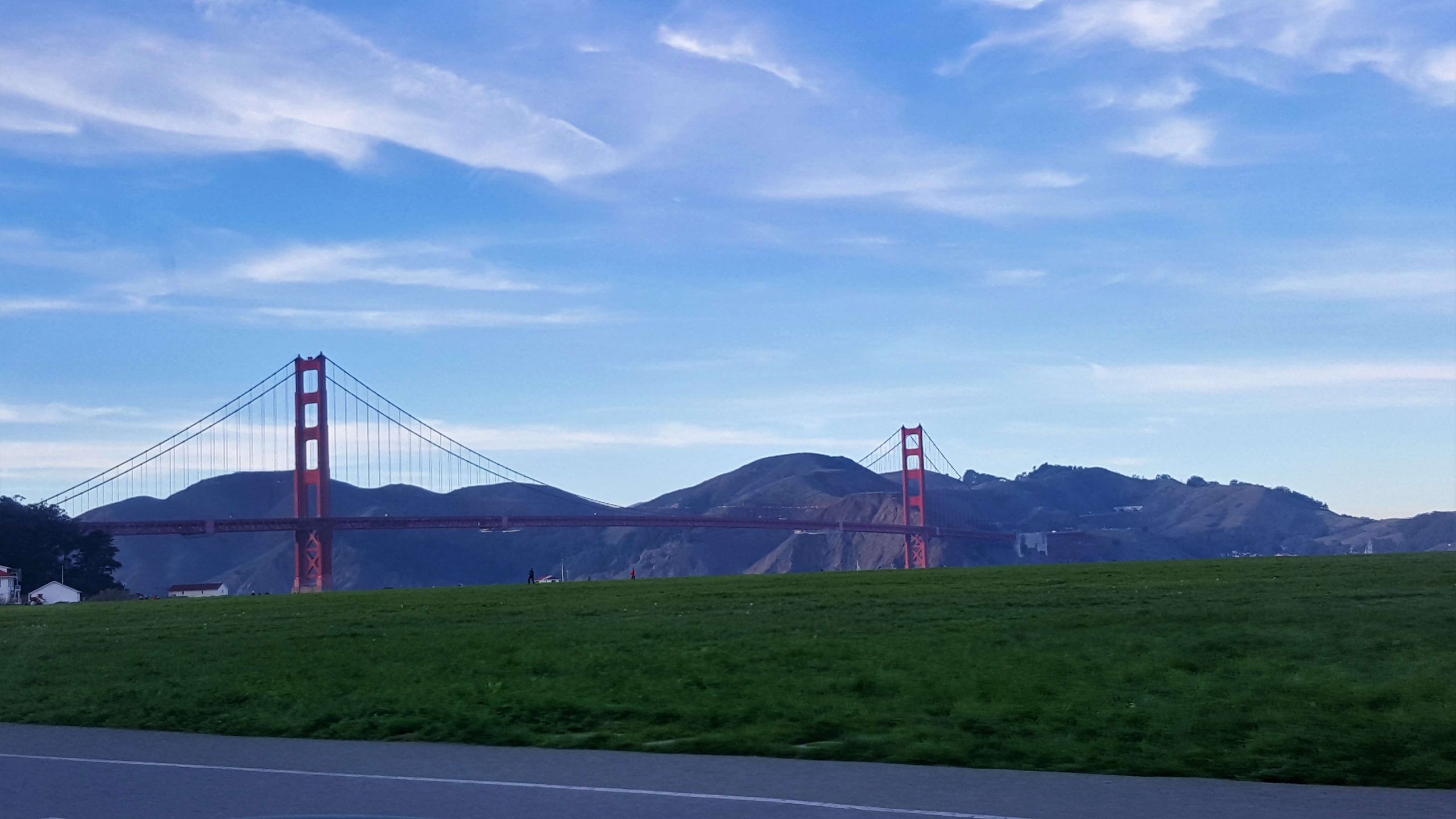 Have you been to San Francisco? Which is your favorite place?

Pin it for later 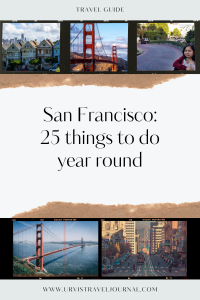 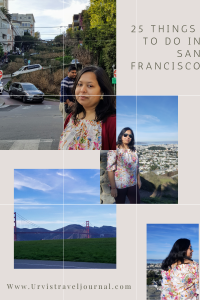